Four Kinds Of Mixing Machines Are Common In Pharmaceutical Industry 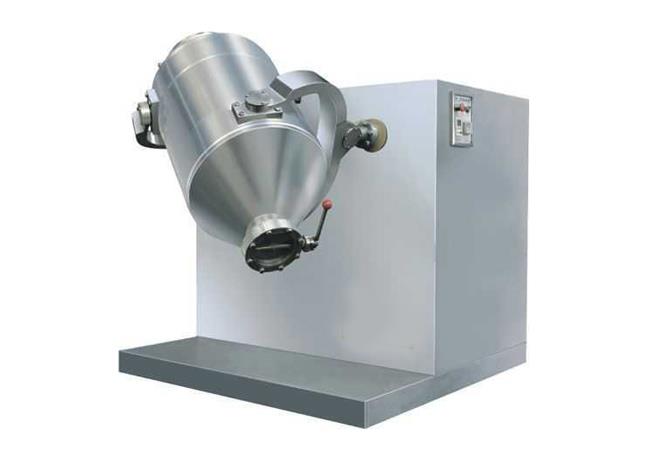 The pipeline, also calls the tubular static mixer, the additive in water supply and drainage and environmental protection engineering of all kinds of flocculant, coagulant aid, ozone, liquid chlorine and alkali neutralization, mixed gas water is very effective, is dealing with waters potions to realize the ideal equipment of instantaneous mixing, have fast mixing, simple structure, saving energy consumption, small size, etc, in the case of without external power, water flow through the pipe mixer produces shunt, cross hybrid and reverse swirl three function, make joining agents quickly and evenly spread across the water, achieve the goal of instantaneous mixing, mixing efficiency is as high as 90 ~ 95%,It can save about 20~30% of chemical dosage, which is of great significance to improve water treatment effect and save energy.

The liquid mixing machine mainly relies on the mechanical stirrer, air flow and the jet flow of the liquid to be mixed to stir the material to be mixed so as to achieve even mixing.Common liquid mixing machinery has mixing tank, jet mixer and so on.The mixing tank is simple in structure, mainly composed of cylinder body, agitator and cylinder head.The material is added from the top and the evenly mixed liquid flows out from the bottom.Intermittent and continuous mixing operations can be performed.Jet mixer is composed of contraction nozzle, throat and diffuser.Its working principle is: high pressure liquid from the compression section through the nozzle high speed shot to the diffuser, in the throat of vacuum, will be mixed solution inhalation, the two solutions in the throat of the mixture, then through the pump diffuser outlet from the tail tube.High pressure liquid and inhalation of the solution to be mixed produce a strong shear force in the mixing section, which causes the two liquids to be broken into small liquid groups and spread, achieving the mixing effect.

The mixing machine of different paste mainly divides the material to be mixed repeatedly and makes it subject to the strong shearing action produced by pressing, rolling, squeezing and so on.This mixture is very difficult to achieve ideal mixing, can only achieve random mixing.The mixing mechanism of powder solid and a small amount of liquid is the same as that of paste material.Different thermoplastic materials and the mixing of thermoplastic materials and a small amount of powdery solids need to rely on the strong shear effect, repeated kneading and kneading, to achieve random mixing.

←Previous: The Difference Between Freeze Dryer And Adsorption Dryer

Next: Knowledge Of Boiling Drying Equipment And Explosion Protection→